This Law Office was founded in 1970 in Santa Cruz de Tenerife by Mr Vicente Álvarez Pedreira and Mr Jose Luis Rodríguez Refojo, initially focusing on Labour and Administrative Law. Over the years it gradually increased the number of its lawyers and diversified the juridical specialities offered.

Up until his death, five years ago, Vicente Álvarez Pedreira, founder of the office, was dedicated not only to the legal profession but also to politics in the Canary Islands and in Madrid, holding the posts of Senator of the Upper House, President of the Regional Government in its initial stage and subsequently, Vice-President of the Canarian Government. In his final years, taking into account his prestige as a jurist, he was appointed Magistrate of the Supreme Court of Justice of the Canary Islands by the regional Parliament.

At present the firm has five professionals providing services working in its offices, as well as four external collaborators who also work in the Island Administration.

Vicente Álvarez Gil, Vicente Álvarez Pedreira’s son, is the director of the firm, and has been in practise as a lawyer since 1985. Following in his father’s footsteps he has dedicated different periods of his life to politics, having been in charge of the President of the government of the Canary Island’s cabinet (1987-1990) and subsequently as Vice-president of the Tenerife Government (1995-1999). At present he is working exclusively as a lawyer and as the coordinator of the law office.

Among its clients the office has, a long list of companies mainly devoted to the productive sector which includes the most outstanding and high profile Canarian companies, apart from National companies in Madrid,  whose interests in the islands we look after (Accenture, Ernst and Young, oil company CEPSA, Price Waterhouse, Rahn group, etc)

In tourist matters, we have defended the interests of different hotel chains which range from the Prisa hotel group to the Canarian group of hotels “Bahia del Duque” with whom we have recently collaborated signing agreements for the future development of its Resort on this island with Norman Foster for the Hotel and with Gary Player for the Golf Course. We have also advised the Excel Group (Bob Trotta) dedicated to Time Share with resorts in Jamaica, Barbados, Florence, Malta end Tenerife.

We care for our clients’ needs in areas such as Civil, Mercantile and Labour Law and dedicate special attention to their relationship with the state, regional, island or municipal administration. Furthermore we are specialists in urban development law and consultancy, an issue of great importance on these islands.

We have professionals who are experts in the complicated negotiations necessary to culminate business agreements of the greatest importance and giving professional advice on the matters in which legal assistance is sought at any time both on specific occasions and integral advice concerning the company / corporation as a whole. 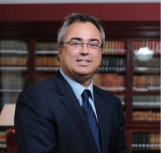